The Dead's legacy continues to grow with today's younger generation! 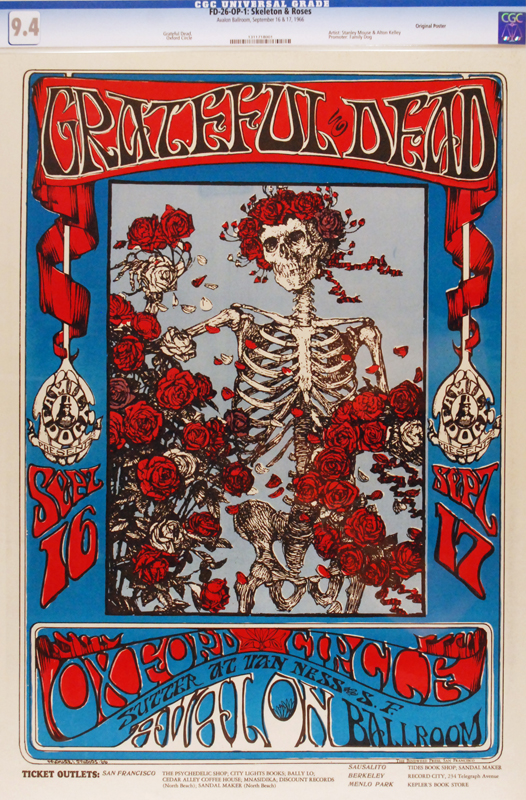 The Wall Street Journal recently reported on the surging popularity of Grateful Dead inspired "hippie clothing", particularly among the younger generation. The article explains that todays youth "wasn't there the first time around...Jerry's gone...the '60's are never coming back. Your cellphone keeps buzzing with that message you should have replied to days ago. But when you slip on a tie dyed sweatshirt, you can feel for a moment that your on the road, with not  care in the world."

The article also mentions the recently released Grateful Dead documentary, " Long Strange Trip," and the popularity of the most recent iteration of the band, "Dead & Co.".

People often ask us if anyone will care about about 1960's concert posters 50 years from now?

The bottom line is that many historians believe the 1960's was the most influential decade of the 20th century. As such, we believe that the historical importance of authentic pieces of history from this era, now over 50 years old, will Not Fadeaway!

What do you think? Leave your comments below!