Re-publication of classic 1968 article illustrates the current explosion in the marketplace was 50 years in the making! 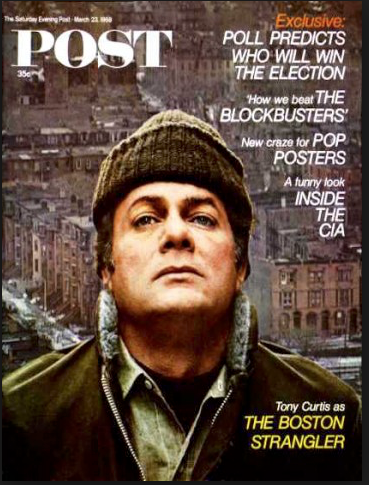 It's no secret to current market participants that the 50th Anniversary of The Summer of Love was hugely successful in exposing vintage concert posters to millions of people that otherwise would not know these incredible artworks still exist and are highly collectible.

A few months ago, the Saturday Evening Post re-published a cover story on 1960's concert posters that was originally published in 1968. (The original 1968 cover is pictured here.) The article underscores the fact that these posters are authentic pieces of history from what many consider to be the most influential decade of the 20th Century.

Unlike coins, stamps, comic books and baseball cards, these posters were created in editions of hundreds or thousands....not hundreds of thousands, millions or tens of millions! Also, unlike sports cards and comic books, vintage concert posters were not created to be saved. Concert posters are authentic historical artifacts, NOT manfactured rarities.

The huge majority of concert posters were posted on walls and telephone poles to promote a concert. Because of this, just a tiny fraction of 1960's concert posters have survived the past 50 years in undamaged condition. (The article also speaks of 1960's head shop posters which WERE issued in tens of thousands and distributed in retail outlets--a different category altogether.)

The bottom line is the current recognition and explosion in popularity of vintage concert posters amongst collectors is well earned and just the latest chapter in a story that is now over 50 years old!

Glen Trosch on Vintage Concert Poster Collecting: "Step Out of the Dark and Follow Your Bliss"
June 12, 2020

12 Reasons Why the Legendary Ultrasounds Collection Represents the Most Exciting Concert Poster Collecting Opportunity in Decades!
May 26, 2020