For the past few years we have been reporting that long time, sophisticated and other "smart money" has begun accumulating Classic 1960's Concert Posters in Mint Condition because they perceive them to be the most under valued collectibles in the world today.

This aggressive move is not based on speculation or mere "hunches", but on cold, hard facts based on math and logic.

It is not at all unusual in other collectibles for Mint Condition pieces to bring 25-100 times the value of a used copy!

The premiums on Mint Condition posters, compared to used examples, has only one way to go..up. If you consider yourself a connoisseur and like to collect the best, the present market prices represent a unique window of opportunity that is sure to slam shut soon. Carpe Diem! 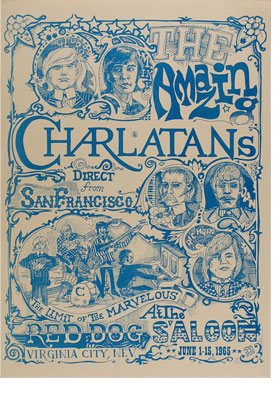