What collectors have long known is now officially recognized….the Grande Ballroom was one of the most important concert venues of the 1960’s! The legendary music venue was recently added to the National Register of Historic Places. 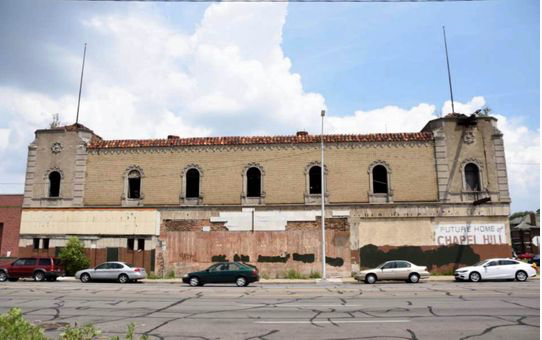 A recent photo of the legendary 1960’s concert hall, The Grande Ballroom

The Grande, located in Detroit Michigan, represented one of the largest and most vibrant outpost of the Psychedelic Scene outside San Francisco. Musical icons such as Pink Floyd, The Who, Led Zeppelin, Cream, Traffic and many others appeared on the Grande stage.

These shows were promoted through the creation of mind boggling concert posters that created by well known artists Carl Lundgren and Gary Grimshaw. Their output is universally recognized for being of World Class quality, in the same league as the poster created by “The Big Five” out west.

What’s most exciting to collectors is that these posters were created in extremely limited quantities of 500-1000 per issue. Equally important, Detroit did not have the huge legion of poster collectors that were active in California.

This means that the survival rate of Grande concert posters, particularly in high grade, is extremely low. That’s why we described Grande Ballroom concert posters as a “powder keg ready to explode”, in our 2018 year in review blog post.

If you are looking for beautifully designed concert posters that are historically important and extremely rare, artworks from the Grande Ballroom are hard to beat!