New details are emerging about the 50th Anniversary of Woodstock and by all major media accounts this event is set to be even larger and more impressive than our most optimistic expectations. 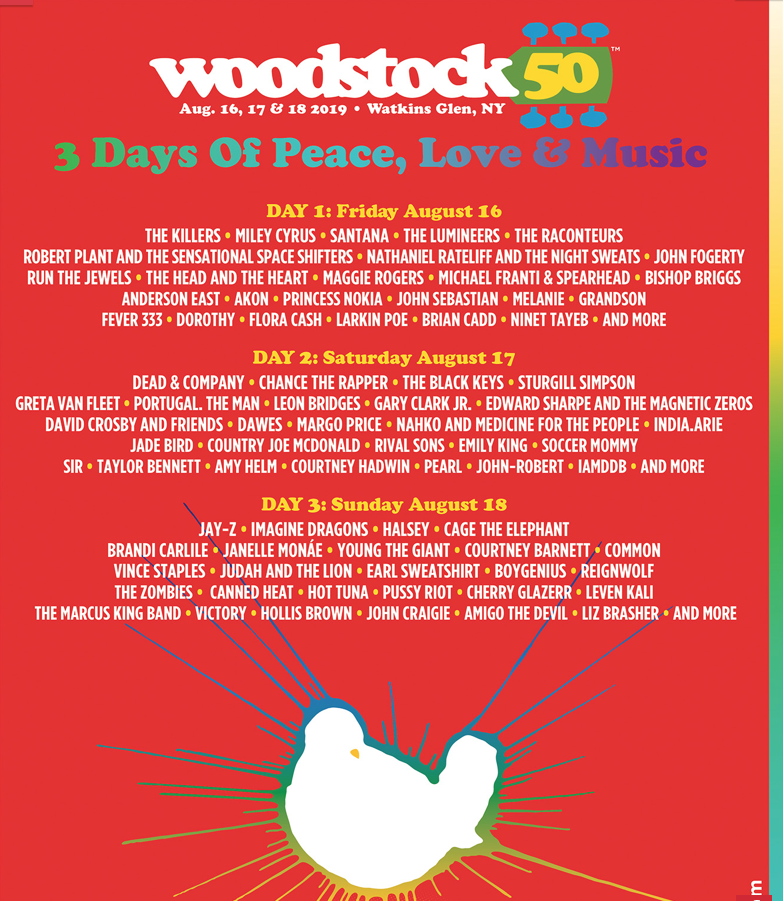 An impressive lineup of bands have been announced with a nice blend of classic artists and more contemporary performers. Improbably, a fine assortment of musicians will appear that also performed at the original Woodstock 50 years ago!

While history has rightfully noted all the Sixties legends that tragically passed away in their twenties, it is truly inspiring to have this many original musical groups that are still performing and thriving today, 50 years later.

For a detailed analysis of how the 50th Anniversary will effect the Vintage concert poster Market, click here.