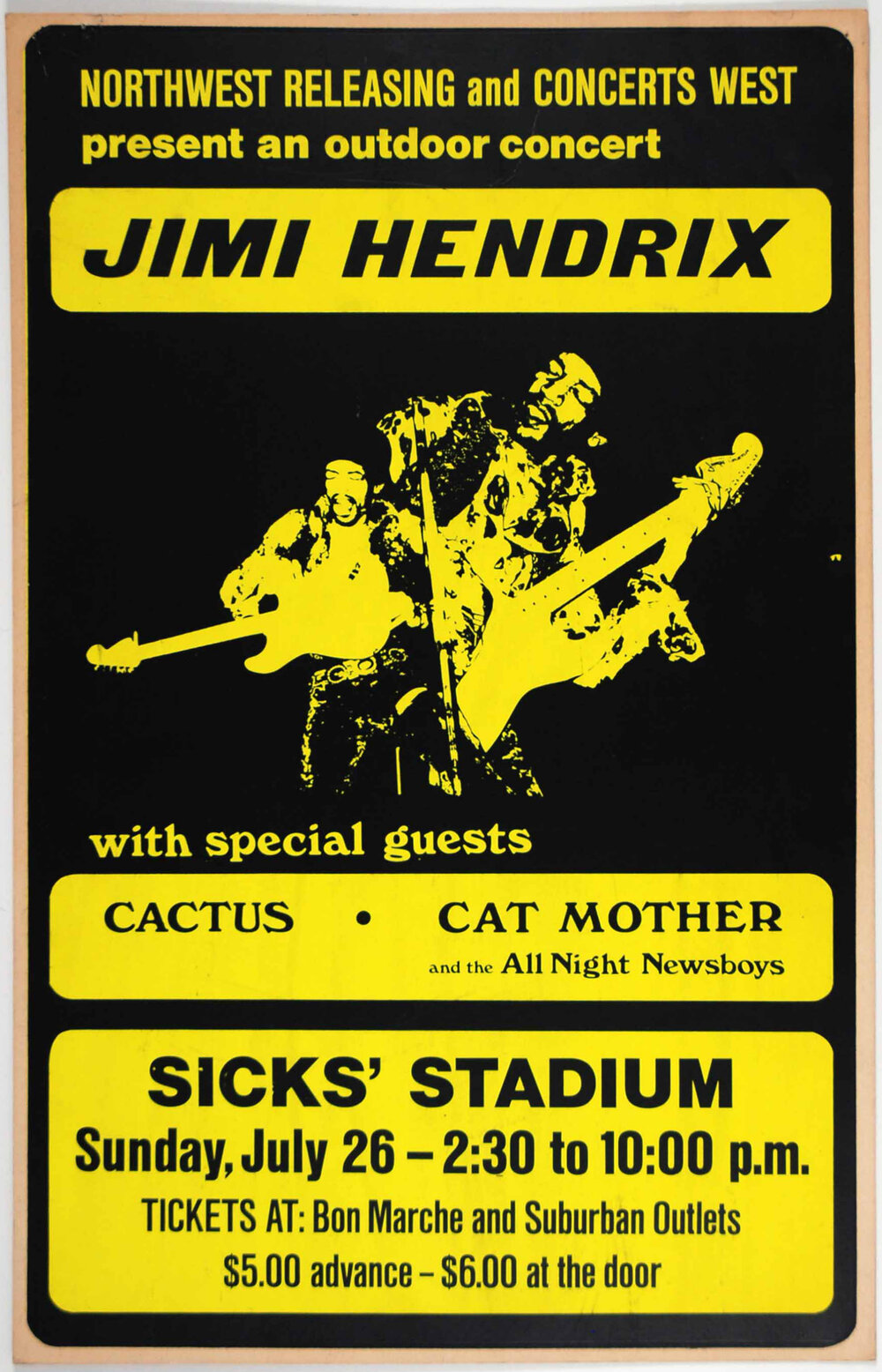 BALTIMORE, MARYLAND, UNITED STATES, October 11, 2019 /EINPresswire.com/ -- An $8,000 reward has just been announced by Psychedelic Art Exchange for anyone that has an authentic Jimi Hendrix Sicks Stadium concert poster. The poster was created to advertise a single performance by Jimi Hendrix on July 26, 1970. This was Hendrix’s second to last concert ever held in North America. Less than two months after the concert, Hendrix died on September 18, 1970.

“The market for vintage concert posters is starting to heat up, so we decided to launch a nationwide search for vintage Jimi Hendrix concert posters,” explains Glen Trosch, President of Psychedelic Art Exchange. “We’re hoping our record breaking $8,000 reward for this popular Hendrix poster pulls one or two out of the woodwork. Any condition and any quantity will be accepted.”

If you have a Jimi Hendrix Sicks Stadium 7/26/70 poster, or any other vintage Hendrix concert poster you wish to sell, you can claim the record prices being offered in this nationwide search.