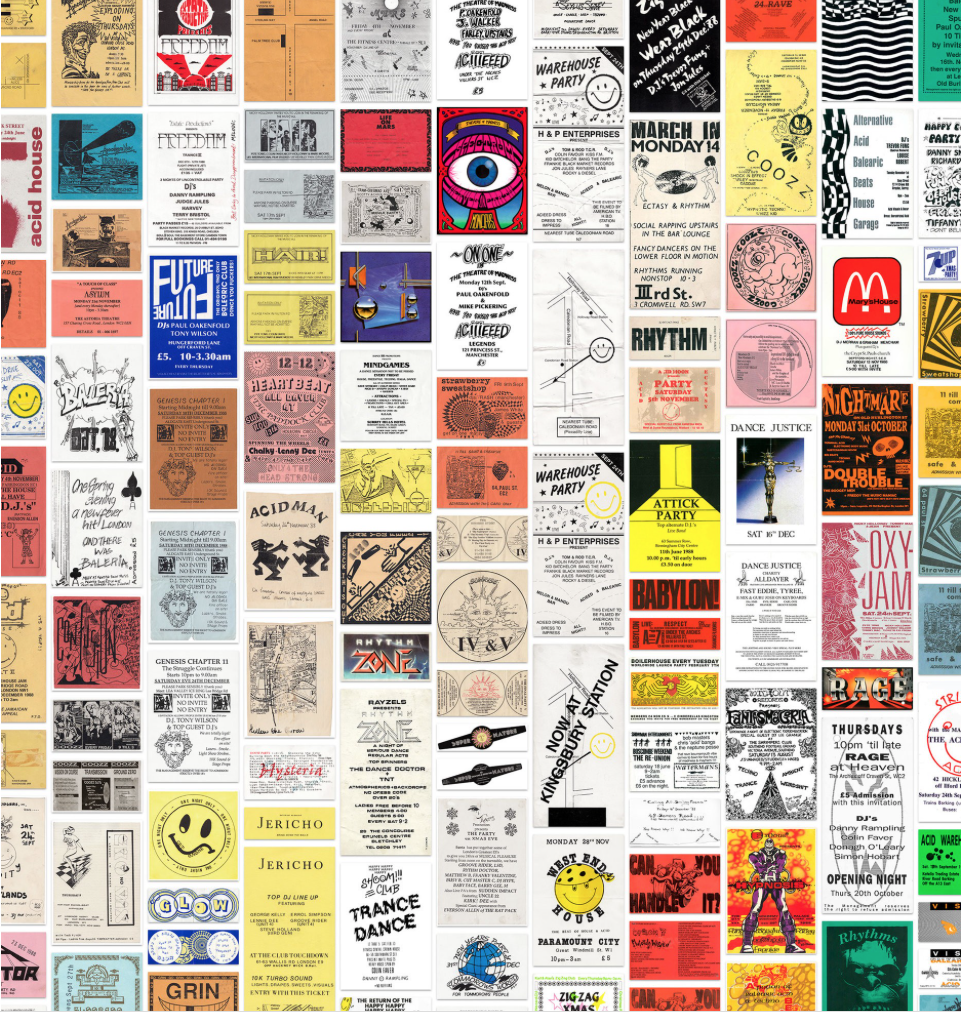 The New York Times recently published an extensive feature article on the art and collectibility of British Acid House flyers. This is exciting news on many fronts:

1) The article draws a direct link between this art and the concert posters and flyers of the 1960’s.

2) The Times reports that these flyers are highly sought after by collectors today.

3) These flyers are also getting recognition and display at major museums in Europe.

4) Interest in authentic counter culture artifacts is worldwide and continues to grow.

Any recognition and reporting of collecting counter culture artifacts must be deemed a major victory for our hobby. Major museum exhibits around the world continue to flourish which leads to more media exposure and then more exhibits.

This virtuous cycle seems to be accelerating in speed and is certain to continue in a major way with next year’s celebration of the 50th Anniversary of Woodstock. As previously reported here, we already know that a major museum exhibit of 1960’s concert posters will open in the United States in one of the most important art museums in the world.

To read the entire New York Times article, and to view some great photos, click here.

An Interview with Glen Trosch
September 13, 2019